Planning is underway for next season of Northern Winds, and we are welcoming new members for the fall. Players must be 19 or older and have a minimum of three years playing experience – however, it is okay if that experience is not recent! We start the year slow to welcome our new members and it is never too late to dust off an instrument. Please invite anyone you know who may be interested!

The rough plan for next year is to divide the year into three seasons, where we explore and showcase different styles.

Sept-Dec – Jazz (start with the basics, then combo charts, then read from chords/melody)

I am looking forward to this – I think it will be fun!
*Care Home, Company Christmas Parties, Santa Clause Parade, other Christmas events*

The cost is $150/year to cover expenses, and we will continue to rehearse starting the first Thursday in September 2015 through until Canada Day 2016, 7-9 at Bert Bowes Middle School. Interested people can contact Sabrina Brooks 793-2862 or sbrooks@prn.bc.ca, or find us on Facebook: Northern Winds Community Band. 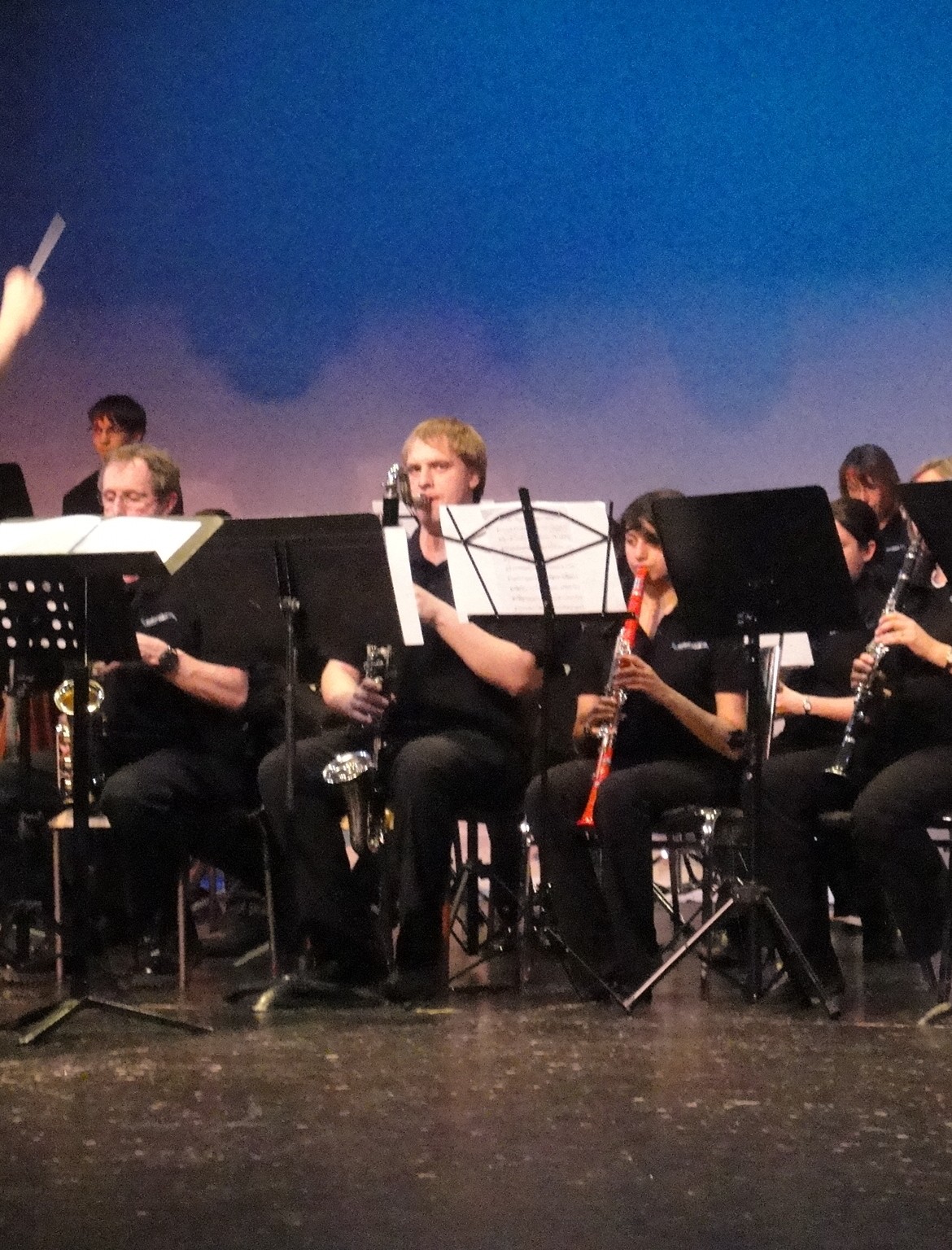 As we finally move into spring, the arts scene will feature performances by our brand new community band which will celebrate its successful first year with a concert on June 14 at 7 pm at the North Peace Cultural Centre. It will be An Evening at the Movies and will feature music from many blockbuster movies and some original concert band music.

The Northern Winds Community Band started in September with less than ten members, and has grown to 20 over the course of the year. As the band grew in size, band leader, Sabrina Bailey, scheduled several concerts in the community to build exposure. The first concert was a collaboration with the Fort St. John Alliance Church and the Northern Lights Youth Choir for Remembrance Day. After that concert, our saxophone and clarinet sections grew in size. Our Christmas concert was in the hospital foyer, where we played a full concert for staff and patients at the care home. After that concert we got a bassoon, french horn, flute and percussionist!

January was spent volunteering time to help Sandra Gunn's school band with the Dr. Kearny musical Anne of Green Gables. In March, the band participated in the annual CDC Talent Show, where they were met with thunderous applause. April was a serious month as we prepared for, and played in the Peace River North Festival of the Arts. Literally the next day, our trumpet and percussion sections doubled in size! The band receive warm praise from adjudicator, John White, who was impressed with the band’s repertoire and the ability shown by this relatively small group. They were awarded for their efforts by being given the honor of playing in the Best of the Fest concert afterwards. After this, another baritone sax joined us.

In May, we join forces with the Northern Lights Youth Choir for their Spring Concert, Spring Sing, on May 12 at 2:00 pm at the Cultural Centre. We have yet to see what new members this may attract!

The Northern Winds Community Band invites everyone to join them for their Spring Concert to enjoy an evening of music and to see how far this wonderful addition to the Fort St. John arts scene has come in less than one year.