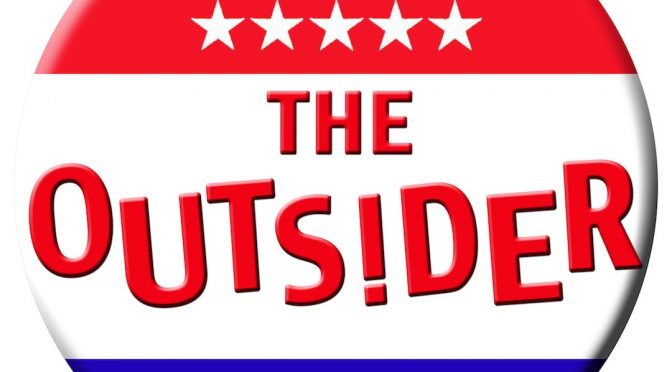 In the midst of a political scandal, Ned Newley, the ultimate policy wonk, is unexpectedly thrust into the position of Governor. Ned Newley doesn’t even want to be Governor. He has no political instincts, a paralyzing fear of public speaking, and his poll numbers are impressively bad. Ned might be the worst candidate to ever run for office. Unless the public is looking for… the worst candidate ever to run for office. Politics is a visual medium. People vote for idiots who look like leaders. But Ned Newley is a new phenomenon: a leader… who looks like an idiot.

In politics, the less you know, the higher you’ll go! At once a razor-sharp comedy and a sincere tribute to democracy, The Outsider is a timely and hilarious take on modern politics.