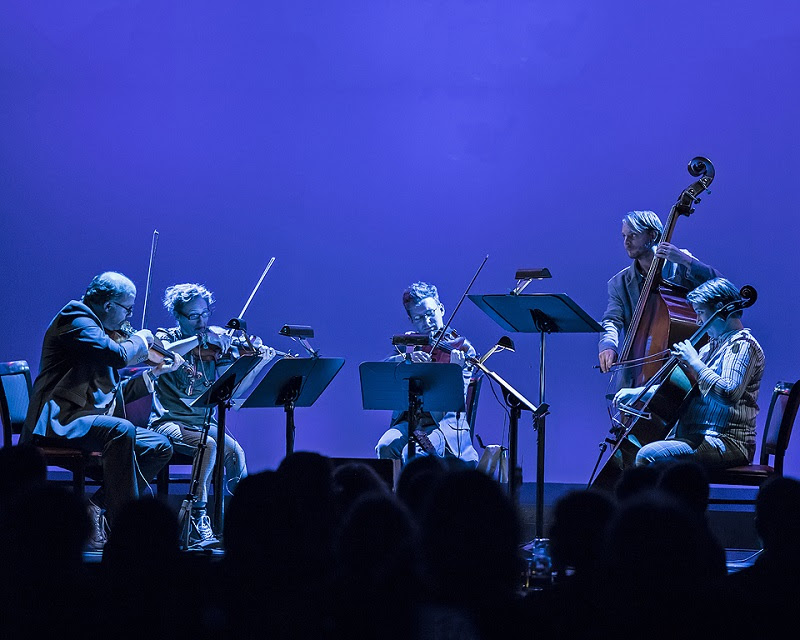 Atlantic String Machine is a dynamic ensemble of string players who perform as many styles of music as they can fit into their portfolios. Based on Prince Edward Island, the members of ASM have established themselves at the forefront of new and exciting arts groups on the island. Their unique approach comes from a desire to keep live music relevant, transformative, and above all entertaining. In their efforts to keep themselves and their audiences engaged, they seek out interesting collaborations with other artists, unexpected venues for concerts, and write their own arrangements and compositions, keeping their repertoire fresh and alive.

In October 2019, the String Machine released its second album, entitled The Bayfield Sessions. This album is a collaboration project with five Atlantic Canadian singer-songwriters: Ian Sherwood, Alicia Toner, Nathan Wiley, Matthew Byrne and Catherine MacLellan. There are also three instrumental arrangements on the album. During the week of the East Coast Music Awards in Charlottetown in May 2019, the group was recording tracks in the basement of a rented house on Bayfield street in Charlottetown (hence The Bayfield Sessions), arranging the charts, engineering the sessions, and over the summer was editing the tracks and designing the artwork. The result is an exciting mix of performances from this award-winning, genre-jumping string quintet.