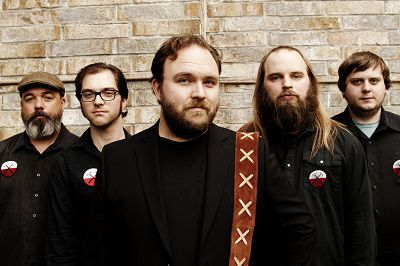 PIGS, Canada’s Most Authentic Pink Floyd Tribute will be bringing their critically acclaimed show to the North Peace Cultural Centre in 2017. Their PIGS ON THE WING show celebrates the 40th anniversary of the release of Pink Floyd’s 1977 classic album Animals. One of the band’s heaviest and most political statements, the concept album has become a favourite for legions of fans, and Pigs will be performing the album in its entirety, in addition to material from across the band’s legendary repertoire.

PIGS continues to surprise and delight audiences with authentic performances of Pink Floyd classics, including many songs which have rarely (if ever) been performed live. The lights, lasers, giant screen, and utterly authentic live sound come together to recreate the experience of seeing Pink Floyd live in the 1970s.

PIGS’ claim to fame is their authenticity. PIGS recreate the Pink Floyd sound with authentic gear and accurate live renditions of the songs. Every last detail of the look, sound, and feel of Pink Floyd’s classic era is meticulously worked out and perfected and each band member assumes the role of their Floyd counterpart. Since their inception seven years ago, PIGS has been amazing audiences with their dynamic re-creation of one of the world’s favourite rock groups. With the passing of keyboardist Richard Wright in 2008, fans of Pink Floyd lost hope of ever again seeing their favourite band re-united. PIGS offer the next best thing: an authentic look back into the breathtaking past of one of the world’s most timeless bands.

From December 6th to the 8th you can be one of the first to purchase tickets to this incredible show by heading to our website and entering the presale code LASERS to secure your tickets. Tickets will go on sale to the general public on December 9th.