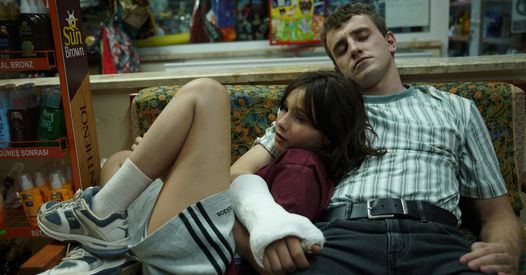 Synopsis: Though Calum (Paul Mescal) is 30 and his daughter Sophie (Frankie Corio) just 11, they occasionally get mistaken for siblings. This is because of Calum’s baby face, but also his playful attitude: the pair really get along. Having split from Sophie’s mum, and having left their Edinburgh home for England, Calum knows how precious their time together is. Whether hanging by the pool, taking excursions on the sea, or shopping for carpets, Calum encourages Sophie’s abundant curiosity… until he doesn’t. Every now and then, with their MiniDV camera in hand, Sophie makes enquiries that Calum won’t accommodate.