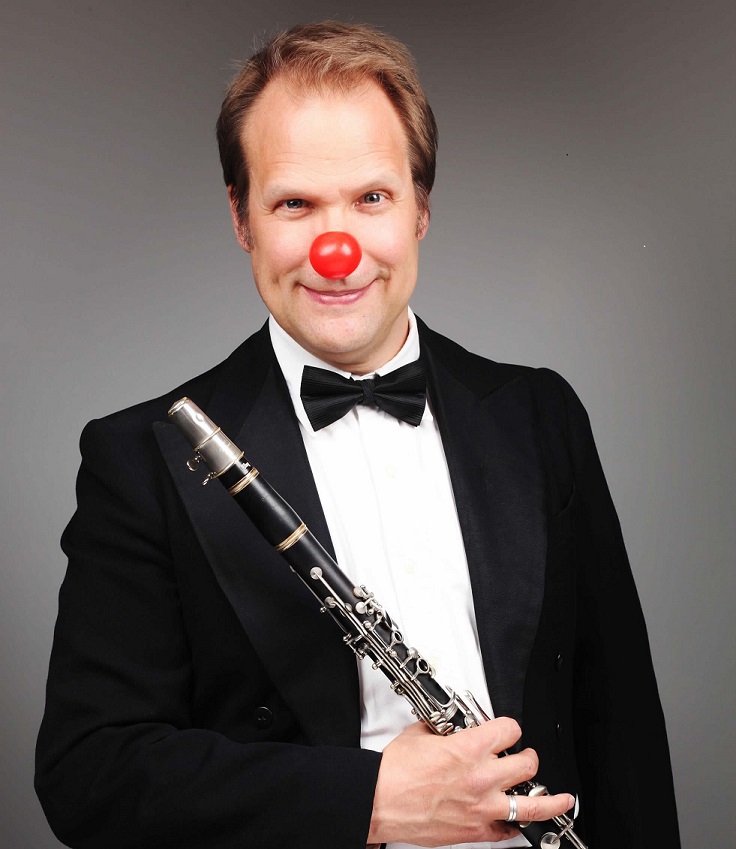 Christopher Hall is the former principal clarinet of the Orchestre Métropolitain in Montréal (Yannick Nézet-Seguin) who found work in the orchestra far too serious! So now, instead of joking around while sitting in the orchestra, he performs as a stand up comedian, and does various television and radio shows in both English and French.

In the past three years, he has performed his acclaimed concert ‘Comic Orchestra’ throughout Canada alongside some of the best symphony orchestras in the country. He also performed it with a chamber orchestra in July 2014 at the Montreal Just for Laughs festival in front of a crowd of 3000, to rave reviews.

He has appeared in such prestigious Comedy festivals as the Just for Laughs, The Winnipeg Comedy Fest, and the Grand Rire in Québec City.

In 2010, he had the honour of hosting Whoopi Goldberg’s show in Québec City as well as performing opening acts for several prestigious North American comedians.

Christopher is fluent in English, French, German and Italian. But whatever you do, DO NOT take this man seriously!