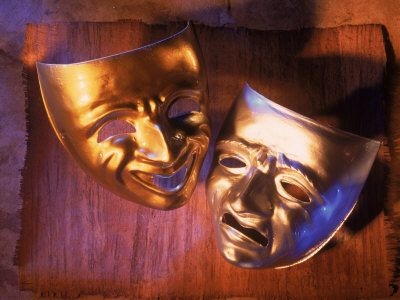 The Festival called Stars on Stage had plays from community theatre clubs from Fort St. John, Dawson Creek and Tumbler Ridge. Six plays in all were adjudicated by professional director, actor and theatre instructor Andrew McIlroy.

McIlroywas pleased with the calibre of productions happening in the Peace River Zone.  He said, “The selection of plays have substance and give the actors something to sink their teeth into.” He commented on the surprising level of acting ability, particularly with the new and younger members of the casts.  He encouraged all the clubs to get as much guidance as possible in acting and directing and to analyze the scripts carefully during rehearsals.

The Community Theatre Festival was made possible by the many sponsors who contributed towards the success of this regional theatre competition. The Best Production: Sex, Drugs Rock and Roll will be representing the Peace River Zone at Mainstage 2010 in Kamloops July 2-10.

The Festival ended with a celebration on Saturday night with an Awards Ceremony and a party complete with drumming and jamming. The next Peace River Zone Festival will be held in May 2011 at the North Peace Cultural Centre in Fort St. John.